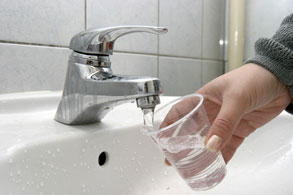 Faced with shrinking fund balances in both the water and sewer accounts, the village Board of Trustees voted this month to raise both usage rates by 10 percent for the fall billing period.

“The basic reason for this increase is that our fund balances due to expenses incurred over the years have gotten too small and need to rebuilt,” said Trustee John Basile, the board’s water/sewer department liaison.

The village started the 2019-20 fiscal year with a sewer fund balance of about $94,000, but budgeted using about $46,700 of that surplus on normal operating expenses at the waste water treatment plant.

“So in effect that would reduce the sewer fund balance by about 50 percent and put us dangerously low if we should occur some unexpected large expense,” Basile said.

As for the water fund, the village purchases its water from the Saratoga County Water Authority which on average, has raised its rates by about 1.5 percent each year per contract. Despite those increases the village had kept its water usage rate for residents the same since October 2015, causing the fund balance to go down.

But a more important factor affecting the water fund shortage is when the village lost its major water purchaser/customer — the Town of Stillwater’s District No. 1 water users in November 2017. The town has set up its own water system for District No. 1 resulting in the village losing about $130,000 a year in water revenues.

“Most people don’t realize how big district 1 was for us,” Basile said. “District 1’s average use was about 32 million gallons per year, while all of our inside (the village) users average about 33 million gallons per year. Plus the rate for outside users was 1.42 times higher than insider user were charged at the time. It was like a subsidy in a sense which now has to be made up primarily by inside users.”

“That number needs to be closer to $200,000,” said Basile, “should we incur some major expense down the road. We haven’t had anything major to date but that doesn’t mean it couldn’t happen. We need to be prepared.”

The village bills water and sewer taxes twice a year in October and April. Without action this time, Trustees feared they were 2-3 years away from having no fund balance at all. The new rates will go into effect in October.

In the meantime, Trustee Patrick Nelson encouraged elected officials and residents to advocate with their New York state legislators to pass the “SWAP bill” to establish the Sewer Water Assistance Program for municipalities. The bill has passed in the Senate but has yet to get the support needed to become law.

“It would be nice to know you are getting something every year to help with this,” Nelson said. “We need to encourage them to keep pursuing this bill.”