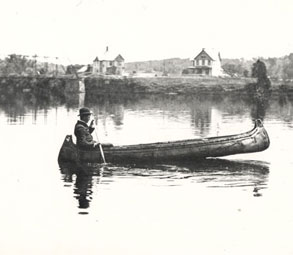 Strategically located at the joining of the Hudson and Hoosac Rivers, Stillwater was the site of the Battles of Saratoga in 1777, which took place in the northern part of the town and led to the defeat of the British during the Revolutionary War. Stillwater became an official town on March 7, 1788, and the village was later incorporated in 1816. During the 19th century, the opening of the canals along the Hudson River spurred industry in the community. The town was also an educational center, with an academy that flourished for many years. By the 20th century, Stillwater residents became more mobile, finding work outside of town, and the mills and factories began to close. Today Stillwater is known as a bedroom community with a bright future.

The Village of Stillwater has a long list of Presidents and Mayor that had led the village since the early 19th century. The Mayoral system went into effect in 1936.

On April 16, 2016 the Village of Stillwater celebrated its Bicentennial on its 200th birthday. A committee planned many events and activities to commemorate the Bicentennial.

The purpose of the office of Historian is to collect, preserve and interpret Stillwater’s documentary heritage and manage historical records for the public.

The historian provides guidance and support to the general public on research projects, sets up displays on topics of historic significance, attends events and is available to give talks on subjects of historical interests to various groups.

The historian’s office is open to the public and has an extensive collection on local history, newspapers, census records, veterans files photographs, maps, cemetery surveys, genealogy files, and other archival materials pertaining to the history of Stillwater. 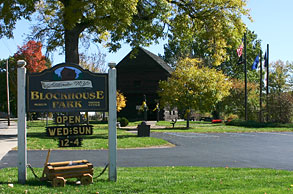 Much of Stillwater’s rich history can be learned by visiting Blockhouse Park on Hudson Avenue in the Village of Stillwater. The Blockhouse opens its doors Memorial Day weekend and closes Columbus Day Weekend. Hours of operation vary or by appointment for special group tours. School groups are welcome.

Built in 1927, in part with timbers from Revolutionary War era structures, the blockhouse is a reconstruction of early 18th century blockhouses of the region. Today, the Stillwater Blockhouse stands in a small park on a notably scenic section of the Hudson River, and is dedicated to local history. Visitors can view the “loopholes” that allow shooting straight down upon the enemy, cannon and exhibits that highlight life and conflict in the 18th century. The Blockhouse is the original museum and visitors center on the battlefield. It was moved to this site in June of 1999. A scenic park with a museum & gift shop, benches & picnic tables, and fishing along the river is available.

The Blockhouse provides the setting for many of the town’s special events and activities. A few to mention are: various reenactment days, Trees of Lights, Hope and Remembrance, Memorial Day Ceremony, Fall Festival activities, Summer Concert series and more.